With the recent release of Blue, a note-for-note copy of Miles Davis’ Kind of Blue done by the group Mostly Other People Do The Killing, there seems to be a broad consensus among musicians and critics alike that the boundaries of what is jazz and what isn’t have all but disappeared. More recently artists in the mainstream have hopped on the post-modern conceptual bandwagon, with Diana Krall releasing an album where she doesn’t sing the music of Stockhausen.

In the liner notes, Krall explains why she decided to undertake this particular endeavor: “It’s unbelievable that in the year 127 P.D. [Post Duchamp – Ed.] nobody had taken on this burden, which I feel is an obligation we owe to the advancement of jazz music, and art as a whole. When Miles Davis talked about “playing what’s not there”, it was just a matter of time before someone had to take that to its logical extreme. It is important that we question our Platonic a priori conception of what jazz is, and if that question itself is still valid in today’s society. Personally I believe that jazz as a style and a tradition is dead, but it’s alive and well as an ontological question.”

The album opens with the absence of a lengthy and clever vocalese, written in the vein of Jon Hendricks on “Left-Eyebrow Dance”, one of Stockhausen’s most haunting melodies. Originally written for flutes, basset horns, percussion, and synthesizer, she gives a daring a capella rendition of the piece. Halfway the album a slight lull occurs with her version of “we bore us with pain into this life”, one of Stockhausen’s more cheesy works, which Krall unfortunately doesn’t manage to turn around for the better. The grand finale lives up to its name however, with Krall actually chartering four helicopters to stay on the ground for “Helicopter String Quartet”, at what I can only guess must have been a great financial expense. All in all, this album can truly be called a milestone in jazz, on par with Giant Steps, Bitches Brew, and more recently Blue, and shows great promise for the future of this conceptual artist’s career.

Exciting news! After almost a year of composing, scheduling and over-thinking, we finally recorded my debut album at The Bunker Studio In Brooklyn. The record will, with one exception, consist of music written specifically for this brand new project, which features Ben van Gelder (Alto Sax), Vitor Gonçalves (Accordion & Wurlitzer), Rick Rosato (Bass) and Mark Schilders (drums). Its release is tentatively scheduled for early 2015, so stay tuned!

My Guild X150D has been my workhorse guitar for the last five years, but it was time for an upgrade. After windowshopping here and there, my eye fell on the Sadowsky SS-15 model, which was a league of its own. The bad news was that I had to wait for a few months to get it, but I finally did, and it sounds wonderful. You’ll be able to hear it on my upcoming debut album, as well as Jackson Hardaker‘s album, which we recorded this week.

The Dutch often treat Switzerland like Americans treat Nevada: as the soil on which the highway is built that brings them to their destination. After paying a hefty 40 Swiss francs ($45) for a “vignette“, the Dutchman, impressed by his own savviness, will be out of the country again in a matter of hours, leaving the remaining 8763 hours of validity left on his toll sticker to go to waste. That, in a nutshell, was my only impression of this mountain state until two years ago, when I ventured into its capital Bern for a show.

If any of you have watched “In Bruges” you will have a grasp of what Bern felt like. In the movie two hitmen, bored to death, await further orders in the aesthetically pleasing but otherwise godforsaken Belgian town of Bruges. The parallel was striking. The picture above aptly describes the number of people roaming around on the streets on the night of the gig, and it shouldn’t have come as a surprise to me that the audience consisted of an equal amount of individuals. A pasta carbonara in what seemed to be the only place open at that time of night offered some solace, until the check came, because the Swiss like their prices like they like their mountains.

This July there will be a chance at redemption, as I’m delighted to be flying out to the Montreux Jazz Festival, to play as a semi-finalist in its annual jazz guitar competition. The only way I’ve known this place so far is through listening endlessly to Joao Gilberto trying bridge the 3-bar difference between his voice and his guitar accompaniment on his beautiful solo record Live In Montreux. On July 5 however, I will be physically present in this town to show my ability at pressing the strings to the frets of my guitar in the right order, all while simultaneously picking each of said strings with my right hand. Quite a task at hand as you will understand, so I will be spending the next few weeks diligently plucking away in my bedroom, dreaming of Switzerland.

Here’s a solo guitar version of “I’ve Grown Accustomed To Her Face”. Also, I recently launched my artist page on Facebook so please take a moment to visit and, quite possibly, like it!

A few weeks ago I recorded guitar for broadway singer Michelle Dowdy’s album “A Brass Act”. It features broadway classics reworked by arranger Dylan Glatthorn for a seven piece band. After a succesful release at the Metropolitan Room last week, the album is now available as a digital download or on vinyl on abrassact.com!

Here’s a song from a show we played recently at Cornelia Street Cafe, with a beautiful piano intro by Jarrett Cherner.

Right before I take a little trip to South Carolina next week I will be headed in the opposite direction first, to the hippie-town of Marlboro in the Hudson Valley. This is the home of The Falcon, a button-factory-turned-roller-skating-rink-turned-cabinet-factory-turned-music-center.
What is the purpose of this endeavor, I hear you ask? Well, over the last year or two I have been playing with vocalist Fleurine and she’s bringing her band up there on Sunday, October 13. It features, besides myself, Doug Weiss on bass, James Shipp on percussion and special guest, or, as the chinese like to say, 特邀嘉賓, pianist Brad Mehldau. We’re playing mostly lesser known Brazilian music by Chico Pinheiro, Marcio Faraco, Francis Hime, and perhaps even Fleurine herself! 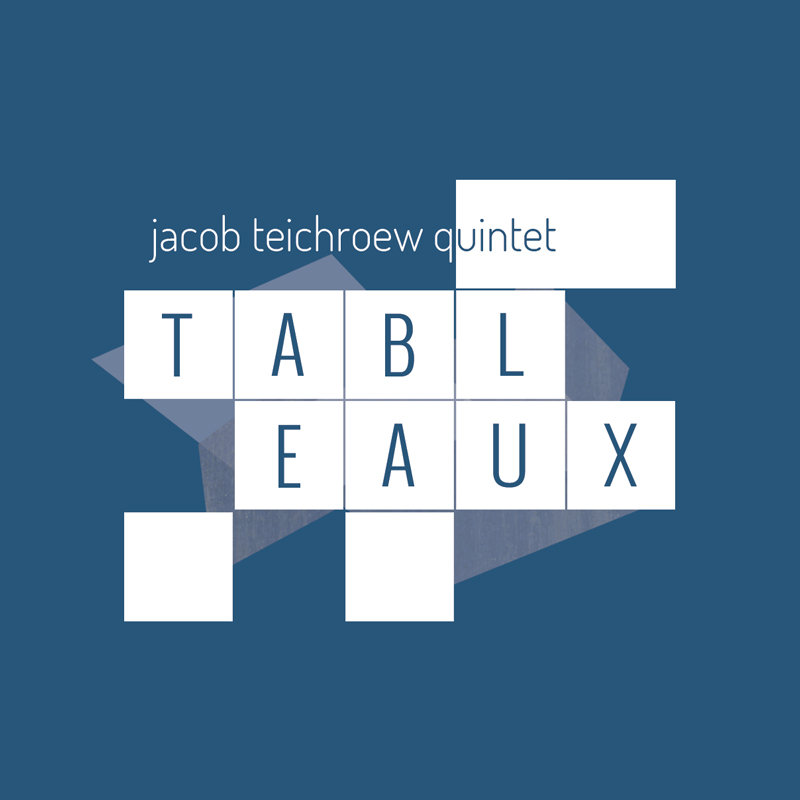 This June marked the release of saxophonist Jacob Teichroew’s album “Tableaux” on Fresh Sound/New Talent. Why then a blog post about it in September, you might ask? Because of your mom, that’s why. I’ve been a fortunate member of the band alongside Jarrett Cherner, Petros Klampanis, and (note the oxford comma, you nit-pickers?(note the hyphen between nit and pickers, you nit-pickers?)) Ronen Itzik. “Tableaux” is defined by the Merriam-Webster Dictionary as “a striking or artistic grouping”. I have no idea what that is supposed to mean, but it is an enjoyable album and encourage you to listen to it and perhaps even buy it!

With my 27th birthday only a couple of days behind me, I’ve become too old and and too much emerged for the Bar Next Door’s “Young Emerging Artist Series”. The only solace is that I get to play the late night show there now, which I will this Tuesday. Together with Tamir Shmerling on Bass and Greg Ritchie on Drums, I will be playing two sets at 8.30 and 10:30, p.m. and p.m., respectively. For those unfamiliar with the venue: The Bar Next Door is a great, cozy place to hear music with an extensive Italian menu. For those familiar with the venue: Did you know, that in the average lifetime, a person will walk the equivalent of 5 times around the equator?

No shows booked at the moment.